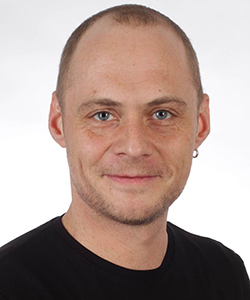 Department of Zoology and Evolutionary Biology
University of Basel
Switzerland

The research of Walter Salzburger and his group focuses on the question of how variation in the DNA translates into organismal diversity and on the identification of the patterns and molecular mechanisms that underlie adaptation, evolutionary innovation, and diversification. Walter Salzburger’s main organismal study systems are the exceptionally diverse adaptive radiations of cichlid fishes in East Africa, and, in particular, the cichlid species-flock of Lake Tanganyika.

He is particularly interested in the evolution of the cichlids’ unique biodiversity, in the intrinsic factors that underlie the cichlids’ propensity for explosive speciation, and in the external (environmental) factors that promoted their radiations. Walter Salzburger has co-authored more than 100 peer-reviewed articles and received an ERC (European Research Council) Starting Grant in 2008, and an ERC Consolidator Grant in 2013. The laboratory’s homepage provides further details on the group’s (research) activities.